Tonight will see a Fringe ambition fulfilled as we host one of our all time favourite gigs; Spank at the Underbelly. James and Leon who founded Spank are old friends and this year are stepping back after ten years of hosting duties to let some acts try and fill their shoes.

We were very honoured to be asked as Spank is not only a Fringe institution, it's a gig we've without exception loved doing and more importantly it's just a f***ing good night. It's late, it's loud, it's rowdy and it usually involves nudity. It's basically our perfect gig.

I remember when we first did Spank in our maiden year at the fringe we were absolutely shitting ourselves and the ten minutes of material that we rattled through like rabbits in headlights passed by in a blur, but actually went really well. Since then we've gigged at Spank and Spanktacular loads of times and tonight's hosting will be the icing on the cake. Let's just hope we don't f*ck it up. 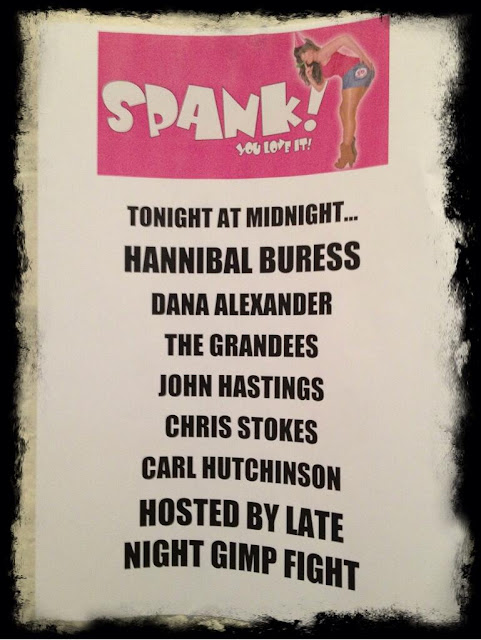 In other news a couple of show tips: having now seen it myself I'd definitely like to echo Rich and Matt's recommendation of Boss of it all at Assembly Roxy. If you're after a bit of theatre you should check this out, it's brilliantly performed and well worth seeing. Also, we just saw Dan Cook's show which was just great, a really really enjoyable show.