just got back from leeds. it was fun. really fun. better than last year actually, great crowd and we really enjoyed it.

it was an interesting decision to do spanktacular again last night, not cos it isn't a brilliant gig (it was), but it meant we weren't home till half two and we had to be up less than five hours later. still, by this stage of the fringe when you're SO tired anyway, sleep becomes something of an optional extra. 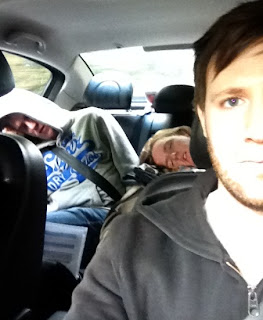 well done to matt for driving us there and back and not falling asleep at the wheel (ahem... more than can be said for our agent who drove us last year... eh, chris...?).

so much for solidarity and all being in it together... lee and paul were passed out within thirty seconds of getting in the car this morning. we had barely left edinburgh.

anyway we made it in good time, just as chris ramsay was getting offstage and it was great to see brendon burns who was on characteristically good form.

the gig was easily as good as reading on friday, the crowd were really attentive, especially for a festival audience, and really seemed to get our stuff so it made the set an absolute pleasure. here's a view of the tent filling up as we sound checked before going on. 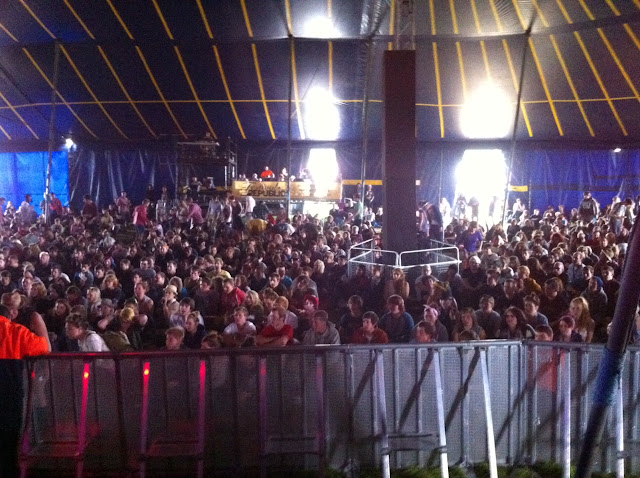 afterwards of course we hit the catering tent and ate ourselves stupid before hitting the road.

so, we find ourselves back in edinburgh tired at the end of a great weekend, with still two more shows to do then it's home for sleep, rest and liver recovery.