phew. the show went much better last night. the panic that we've created a totally unsuitable show seems to have subsided and we basically just did it better. the changes we made after the first night seemed to work and crucially we invested in some microphone tape so the mics stay on our faces now, rather than flying off every time you remove a wig. which is a bonus.

one big change though, is we have reluctantly decided to cut one of our more 'controversial' sketches. it's a real shame as it's always gone down well in london and in our pre-edinburgh previews. it would get a big laugh, then gasps of shock and horror from the audience at what they'd just laughed at, which is absolutely our favourite reaction. good comedy should be challenging, and the sketch in question probably went as close to the bone as we've ever gone but was still justifiable, which is always our benchmark with the 'darker' material.

however the last two nights, in front of a couple of hundred people in our previews, it has bombed. not just bombed, it's actually killed all the goodwill we'd worked up until that stage of the show. the audience just have not gone for it at all and it's meant it being a real battle to try to win them back after that sketch. unfortunately, that sacrifices too much so with heavy hearts we've decided to cut it. i stand by it as one of the funniest and most "LNGF" sketches we've done, it's just one of those things. i heard a great quote about cutting material because of the reaction, which was "sometimes you test your audience, and sometimes they don't pass. that isn't your fault."

a few more tweaks of the show to work on now, then we're all off for a productive day. matt and paul will be heading off to do lee's play rod is god at the pleasance dome at 4pm, while i'm going off to the gym (as i attempt to remain human and vaguely proactive this fringe) then i'm off to see some shows.

here's a few bits of press we've done which may be of interest: we picked our favourite moments in comedy for chortle's perfect playlist, recommended some of our favourite places to go in edinburgh for such small portions, and here's an interview about the show we did with the sun. 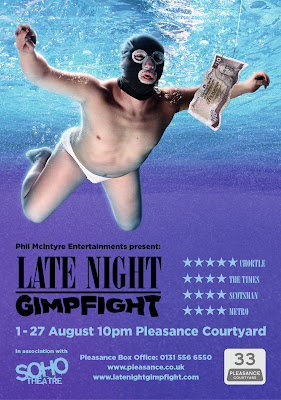